The authors, Bruno and Corentin (them again!), wanted to give you A CHRISTMAS 🎁 GIFT for this family vacation that just started! A trek to play with the youngest. From 7 years old, they can challenge you as apprentice archaeologist trekkers! In ArcheoTREK dig through the ground in search of dinosaur bones. It’s up to you to create the finest digging areas to uncover the most gorgeous specimens and become the Archaeologist of the Year!

SET UP THE DIG SITE

Each archaeologist takes an Dig Site sheet and a pencil.
Place the 36 Bone tokens in a bag (or spread them out on the table, face down) and place the 4 Skeleton tokens nearby face up. Designate the Archaeologist in charge and give them the dice.

A game round proceeds as follows:

The Archaeologist in charge rolls both dice. 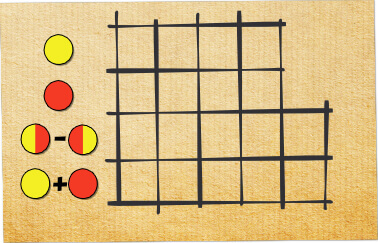 Each archaeologist chooses their result at the same time.

When all boxes are ticked in the same line in your choice table on your Dig Site sheet, that choice is no longer available to you!

If you create an area of one or more contiguous filled circles with a total value of 9, you can create a Digging Area and decide to reveal fossils.

Be careful: a circle cannot be part of more than one Digging Area.

Starting with the Head Digger (see point 4) and continuing clockwise, each archaeologist who has decided to reveal fossils during this round:

4. Designation of the Head Digger.

The archaeologist who revealed fossils last becomes the Head Digger, they take the dice and place them in front of them. They will roll them at the beginning of each turn as long as they remain the Head Digger. (It is possible that the role of Head Digger does not change from one turn to the next).

If all the boxes in the choice tables are ticked, it is time to CLOSE THE DIGGING SITE.

If not, keep on SEARCHING THE DIG SITE.

Here, when the archaeologist decides to form their Digging Area after writing down the number 2, they draw 5 Bone tokens and keep 3 of them.

Here, by placing the 6, the archaeologist cannot form a Digging Area with their 6, 2 and 1, because the circles are not contiguous. The archaeologist will have to wait to place a 1 in the empty circle next to the 6 AND/OR choose to include the 0 in the Digging Area, for example.

Once all the boxes on the choice tables have been ticked, it’s time to determine who will be the Archaeologist of the Year!
Note that there are fewer boxes in the choice tables than there are circles on the Dig Site sheets, so some will remain empty and will not play a role in the final resolution.

The archaeologists are given the 4 Skeleton tokens as follows: 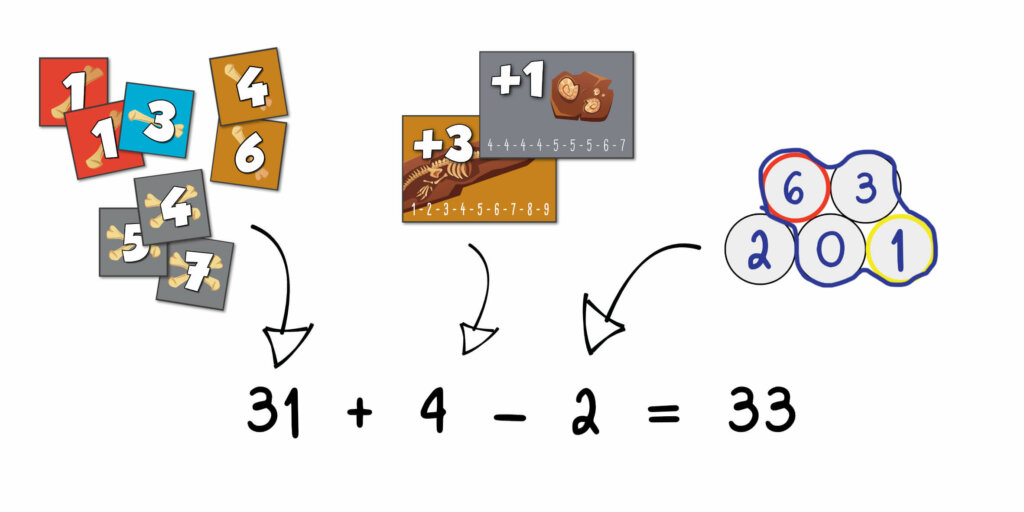 The title of Archaeologist of the Year goes to the player with the highest score!

Happy digging to everyone!

A copie of TREK 12 – Himalaya and/or TREK 12 – Amazonia is required to play with this free expansion.

Note: Print at 100% and these sheets will fit in your game boxes!